Now this white rooster is My Rooster. It’s a big mature rooster with huge spurs. I agreed to lend my white rooster. Here he is with the kabir hen. 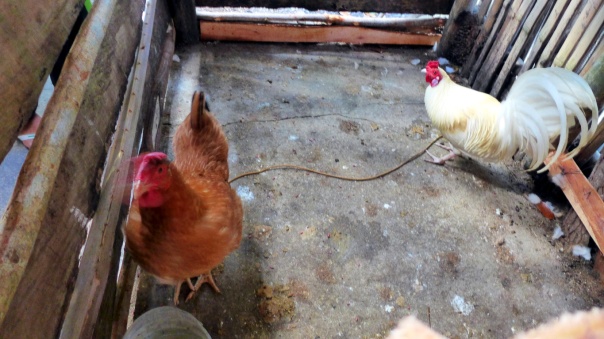 After several weeks nothing happened. As it turns out, the kabir hen is just too large such that it wasn’t possible for any native rooster to mate with it. What a pity! So now our neighbour will slaughter the kabir hen for a birthday on June 4.

Here are some photos of my favourite rooster. 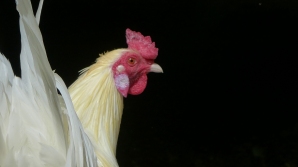 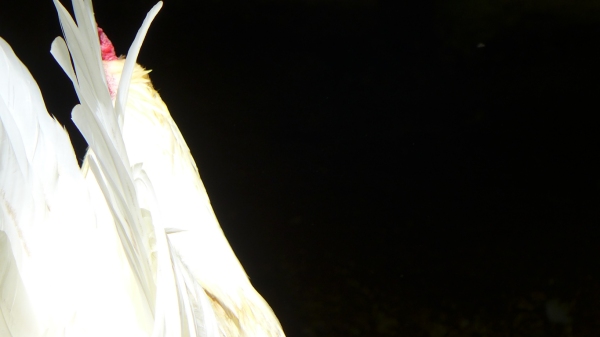 I personally don’t know what to feel about cockfighting. I’ve seen roosters fighting as they often do in nature. It is bloody, violent, deadly. But it takes hours. And of course, before the fight becomes deadly, the rooster is free to run away — unless they were tied up as they often are to prevent them from escaping or getting stolen.

In a cockfighting derby, because of the frighteningly sharp steel spurs attached to the roosters’ legs, the fight only takes a few seconds, sometimes a couple of minutes. Sometimes the losing rooster dies, sometimes it lives to fight again another day. At the Pamilacan Island derby, there was a veterinarian tasked to provide care for wounded or injured roosters. Perhaps for people too!

Here are the videos (below) taken on Pamilacan Island, a special cockfighting derby held especially for the fiesta. Cockfighting in the Philippines is regulated by law. Please don’t watch the videos if you find it upsetting.